Fairy tales are excellent materials to help children understand the story elements such as plot, setting and theme. They teach children to think critically.

One of the wonderful things about fairy tales is the fact that they have captured the imagination of children for generations.  The opening line ‘Once Upon a Time’ has the unique ability to immediately take the children to a world packed with magic and dreams.

Twisted tales offer a new and empowering perspective on the well-known stories and characters from fairy tales, adapting them to modern times and themes.  The modern version of fairy tales like Cinderella, Sleeping Beauty and Little Red Riding Hood are very different than their originals.  The alternative fairy tales are all about the ‘what if’ of the story and exploring a new point of view of the classic narrative.  They might include alternative settings, plot twists, funny fairy-tale blend or role reversals.

The twisted tales will not only attract pupils’ attention, entertain them, stimulate their curiosity and imagination, but also correspond with their fears and needs.  Child psychologist Bruno Bettelheim, who specialised in the importance of fairy tales in childhood, believed that alternative fairy tales – as equally as the classic fairy tales – can aid children in dealing with anxiety, conflict, and teach them some unexpected lessons.  Young children judge characters and events themselves.  They confront the real world around them with the world depicted in a fairy tale, a wonderful world, sometimes unrealistic.

The role turnaround in the twisted tales enables the pupils to develop empathy; teaches social skills and skills to understand the importance of acceptance in our lives.

This pack explores five books that put a spin on classic fairy tales. Ignite your pupils’ curiosity and encourage your children to create their own twisted tale.

Goldilocks and just One Bear by Leigh Hodgkinson

A funny and clever twisted fairy tale based on the familiar story ‘Goldilocks and the three bears’.  We all know that when Goldilocks made a bit of a mess of the Three Bears’ house, they were glad to see the back of her. But did you ever wonder what happened afterwards?Well, quite a lot actually. Goldilocks is now grown-up living with her family in a rather smart apartment.  How will she react to coming home and finding that a very lost Baby Bear has been scoffing her porridge; breaking chairs; and sleeping in her bed?  Will she be angry, or is it finally time to make amends?

Jim and the Beanstalk by Raymond  Briggs

This well-lived tale has been given new life and freshness.

One morning Jim found the beanstalk growing outside his window.  He began to climb up the plant and at the top he found a sad and toothless Giant that doesn’t even want to eat him.  But when Jim befriends him, the Giant begins to feel more like his old self and suddenly he has a taste for a fried boy…

A hilarious take on the well-loved fairy tale and the typical fight between pigs and wolves as you have never seen it before!

It was time for the three little wolves to go out into the world, so they set off and built themselves a splendid brick house.  The big bad pig comes along and when huffing and puffing fails to work, he uses a sledgehammer to bring the house down.  Next, they build a home of concrete; the pig demolishes it with his pneumatic drill.  The three little wolves choose an even stronger design next time round: they erect a house, made of steel, barbed wire, and video entry system, but the pig finds a way to demolish it too. It is only when the wolves construct a rather fragile house made of cherry blossoms, daffodils, pink roses, and marigolds that the pig has a change of heart.

This funny version of the Cinderella played out by an elephant, with its enchanting illustrations will entertain and spark curiosity with your pupils.

Once upon a time there was a lonely girl called Cinderelephant.  She lived with her two cousins, who were known as the Warty Sisters.  One day, an invitation arrived from Prince Trunky who was looking for love, so the whole kingdom was going to his grand ball – everyone , except for Cinderelephant.  Luckily, for her, Furry Godmouse had a plan…

The Wolf’s story  by Toby Forward

The ‘Wolf’s story’ is the well-known fairy tale about Little Red Riding Hood, told from the viewpoint of the wolf who is determined to convince readers that the version we all know is mistaken.   wolf was really helping Grandma with odd jobs  he did shopping, altered her clothes.  Vegetarian cuisine was his new speciality.  The wolf was trying to protect the Grandma from the jaw-breaking toffee that Red Riding Hood always brings.  However, his tone tells a different story, or does it?

Children should become familiar with the classic fairy tales and have access to twisted tales in the book corner.

Pupils begin reimaging the classic stories and then come up with what is known as ‘twisted tales’.  Encourage your children to introduce new characters, plot points or different scenery that can add a fun twist on the classic.

Borrow fairy tale costumes from the Learning Resources Service to act out these stories. 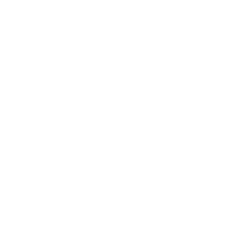 Book your
Head to Head

If we have piqued your interest in Smart School Services, why not meet with our head team to see how we can work together. To arrange your Head to Head, or for any other enquiry, simply fill in the contact form and we’ll be in touch shortly.

Know exactly what you’re looking for?
Skip straight to our purchasing portal:

We use cookies on our website to give you the most relevant experience by remembering your preferences and repeat visits. By clicking “Accept”, you consent to the use of ALL the cookies.
Cookie settingsACCEPT
Manage consent

This website uses cookies to improve your experience while you navigate through the website. Out of these, the cookies that are categorized as necessary are stored on your browser as they are essential for the working of basic functionalities of the website. We also use third-party cookies that help us analyze and understand how you use this website. These cookies will be stored in your browser only with your consent. You also have the option to opt-out of these cookies. But opting out of some of these cookies may affect your browsing experience.

Read our full Cookie Notice
Necessary Always Enabled
Necessary cookies are absolutely essential for the website to function properly. This category only includes cookies that ensures basic functionalities and security features of the website. These cookies do not store any personal information.
Non-necessary
Any cookies that may not be particularly necessary for the website to function and is used specifically to collect user personal data via analytics, ads, other embedded contents are termed as non-necessary cookies. It is mandatory to procure user consent prior to running these cookies on your website.
SAVE & ACCEPT